James Merryman, Marcus Raboy, and our co-founder and partner Hamish Hamilton received nominations for their respective work in "Variety/Talk/News/Sports – Specials."

Happy New Year from the UAE!

The 45th ceremony hit a ratings peak unseen since 2019.

Pentatonix: Around the World for the Holidays, Now on Disney+

Season’s greetings! Celebrate this holiday season with traditions from around the world, guided by your favorite acapella group, Pentatonix.

In honor of the holidays, prepare to get slime'd with That Girl Lay Lay on December 15.

The Hip Hop Nutcracker - Out Now!

Stream the re-imagined holiday tale only on Disney Plus.

The 2021 YouTube Originals was honored at Tuesday night's ceremony in London.

Beauty and the Beast: A 30th Celebration First Look

The 2-hour tribute special airs December 15, only on ABC.

Here's a first look at the upcoming twist on a classic tale.

Pentatonix: Around the World for the Holidays Official Trailer

Take a look at the holiday special you won't want to miss!

The addition of the two mega-stars round out the cast of the two-hour primetime special, airing this winter on ABC.

David Alan Grier to Play ‘Cogsworth’ in ABC’s “Beauty and the Beast: A 30th Celebration”

The television special was announced at this year's D23 Expo as part of the platform's holiday releases, which also features "Pentatonix: Around the World for the Holidays."

“Pentatonix: Around the World for the Holidays” Announced as Disney+ Holiday Special

The special's release, produced by Done+Dusted, will be announced at a later date.

“Beauty and the Beast: A 30th Celebration” at D23 Expo in Anaheim

This year's D23 Expo, which is celebrating 100 years of Disney, previewed ABC's upcoming 2-hour primetime special for its guests in attendance.

The announcement comes as the creative team attends D23 Expo in Anaheim to discuss the upcoming project.

The Emmys are Coming

The Emmys are only a weekend away. Are you ready to watch TV's biggest night out?

The 74th Primetime Emmy Awards air September 12 at 8pm EST only on NBC.

Exciting times at D+D with Mel moving into the role of CEO – North America.

The announcement comes on the iconic Hollywood producer's 100th birthday.

Done+Dusted's David Jammy and Ian Stewart are tapped in to executive produce this year's Kennedy Center Honors broadcast for CBS, airing at a later date.

H.E.R. Tapped in to Star as Belle in ABC’s “Beauty and the Beast: A 30th Celebration”

The four-time Grammy winner will also produce the special, which airs December 15th on ABC.

Derek Hough and Tessandra Chavez snag nominations for Outstanding Choreography for Variety or Reality Programming at this year's Emmys.

The 74th Primetime Emmy Award nominations are out, and Done+Dusted's own Hamish Hamilton garnered a nomination for Oustanding Directing for A Variety Special for this year's Pepsi Superbowl Halftime Show.

‘Beauty and the Beast: A 30th Celebration’ Gets ABC Live Treatment

ABC announces 'Beauty and the Beast: A 30th Celebration' in honor of the film's Academy Award nomination for Best Picture in 1992.

The two-hour special airs December 15, only on ABC.

This year's recipient is Jon Stewart.

Done+Dusted, in association with Hudlin Entertainment, will return to produce the 2022 Emmys on September 12.

This year's annual keynote explored new Google technology, including the next era of Android and the new Google Watch.

Catch up on all of the exciting news on Google's YouTube.

The BAFTAs are back!

This year's awards ceremony was hosted by Richard Ayoade.

Done+Dusted was recognized at the 2022 New York Festivals TV & Film Awards, including Production Company of the Year!

This year's awards are hosted by Lindsay Vonn in Seville, Spain.

Out now in over 180 countries worldwide!

From comedy to culture, these are the Done+Dusted shows shortlisted at this year's New York Festivals TV & Film Shortlist!

Tune in this Sunday for Step Into…The Movies!

Join Julianne Hough, Derek Hough and a dream list of special guests for the biggest dance party happening on ABC!

YouTube is the Main Stream as they Announce Brandcast 2022!

YouTube Brandcast will be held on May 17, during TV's Upfront week.

The Prize, which is named to honor one of the world’s greatest humorists, will be awarded on April 24, 2022 at a gala performance in the Kennedy Center Concert Hall featuring some of the biggest names in comedy.

Brought to you by Emmy Award-winning choreographers and dancers, Julianne and Derek Hough, Step into the Movies in an hour hour long star-studded special that will take you back to some your favorite movie performances ever created.

In this interview with Entrepreneur Magazine, Stewart shares his advice on taking the leap from employee to entrepreneur.

VARIETY: How Live TV Producers Done+Dusted Expanded Into New Businesses During the Pandemic

Over the years, Done+Dusted has been a go-to production company for live TV events, but once the Covid-19 pandemic hit, expanding into other verticals more than a strategy for the seven Done+Dusted partners — it became a necessity. This is how we did it (and how we'll keep this train moving).

Stars come out for the Joy Awards 2022 in Saudi Arabia

The extravagant second annual Joy Awards celebrated talents from all over the world who bring joy to millions through their art.

Produced and Directed by the wonderful team at Done+Dusted Middle East, the Burj Khalifa fireworks spectacle by Emaar Dubai welcomed 2022 with a phenomenal light, water and sound show.

From us to you, Happy New Year!

Thank You For a Wonderful Year!

To our friends near and far, we couldn't have made it through the roller coaster that was 2021 without you. This is for you.

The most wonderful time of the year!

Meg is laying the worst of 2021 to rest & will bid farewell to “hot vaxx summer” in the second edition of the Amazon annual special “Yearly Departed.”

Global Goal: Unite For Our Future has won 4 Lovie Awards!

Congratulations to everyone who worked on the show!

We were honored to be involved with this epic production celebrating 50 glorious years since the founding of the United Arab Emirates.

Prime Video has announced its star-studded, all-female lineup for the second installment of the Amazon Original comedy special!

We Will Rock You! The Queen Family Singalong Airs This Thursday!

Come join in all the fun with The Queen Family Singalong Thursday Nov 4th at 8pm on ABC.

YouTube Drops Trailer for Dear Earth, An Epic Global Celebration of Our Planet

Celebrate Mother Earth - the only known entity to actually birth the human race - with this special YouTube Original that highlights how we can solve our climate problems.

David Blaine Ascension is Nominated for the 2021 Streamy Awards!

David Blaine Ascension has landed a nom in the Live Show Category!

Announcement Alert: Yearly Departed is back!

Coming later this year to Amazon Prime Video for a second installment.

Following up on the critically acclaimed smash-hit series, The Disney Family Singalong, Done+Dusted and ABC are proud to present a one-night only special from the Hotel Roosevelt.

Birmingham Ceremonies Ltd. announced to deliver the opening & closing ceremonies of the Birmingham 2022 Commonwealth Games. D+D CEO, Simon Pizey, and GBA's Gary Beestone sit down with Access to talk about this incredible honor and setting a new standard of production.

We’re having so much fun working for Global Citizen with this fabulous lot in Lagos.

When Frank Scherma was elected as chairman and CEO of the Television Academy three years ago, he came to office with grand plans to reform the organization. What he didn’t plan on was a global pandemic interrupting that focus.

Stand Up To Cancer raises more than $143 million dollars!

On Saturday August 21, we celebrated a very special occasion with our family at Stand Up To Cancer

Done+Dusted has hired former Quibi exec Alex Montalvo to oversee its expansion in original programming. As the production company’s head of originals, Montalvo will focus on non-scripted series programming.

Congratulations, Melanie! Throughout her 20 years at Done+Dusted, Mel has played an integral role in producing some of the biggest and most memorable moments of our time, and her contributions have been instrumental to the growth and success of the company.

The #StandUpToCancer Telecast is back!

On August 21, the entertainment community will come together for Stand Up To Cancer and its seventh biennial roadblock televised fundraising special.

D+D Back to Produce 2021 Emmys on CBS with Reginald Hudlin, Hosted by Cedric the Entertainer

Done+Dusted and Hudlin Entertainment are returning for a consecutive year to produce the 73rd annual Emmy Awards, and this is the fourth year D+D has produced.

Congratulations to the entire team on this great accomplishment!

In this interview, Guy dives deep into the beginning of his career, his influences and his rich experience as an expert in live events.

Ed Sheeran is set to take the stage at his beloved football club, Ipswich Town tonight 25th of June.

Get ready for the biggest night of UK television #BAFTAs

With the BAFTA Television Awards only one week away, Done+Dusted are currently preparing for their 4th year of producing the show. Let's take a peek at some of this years nominations...

We have been nominated for an Emmy! #DavidBlaineAscension

We are very proud to announce that we have been nominated for an Emmy Award for Outstanding Daytime Special Event!

#GraduateTogether Is Nominated For a Peabody Award

#GraduateTogether has been selected as a Peabody Award Nominee!

The BBC One show has been nominated in the category Best Lockdown Programme - Sport and Live.

In a year where nothing made sense, the Done+Dusted team worked to make the impossible possible. Thank you to our wonderful friends and family who made these moments possible. This video is just a short sample of the memories we made for people all around the world. Enjoy! 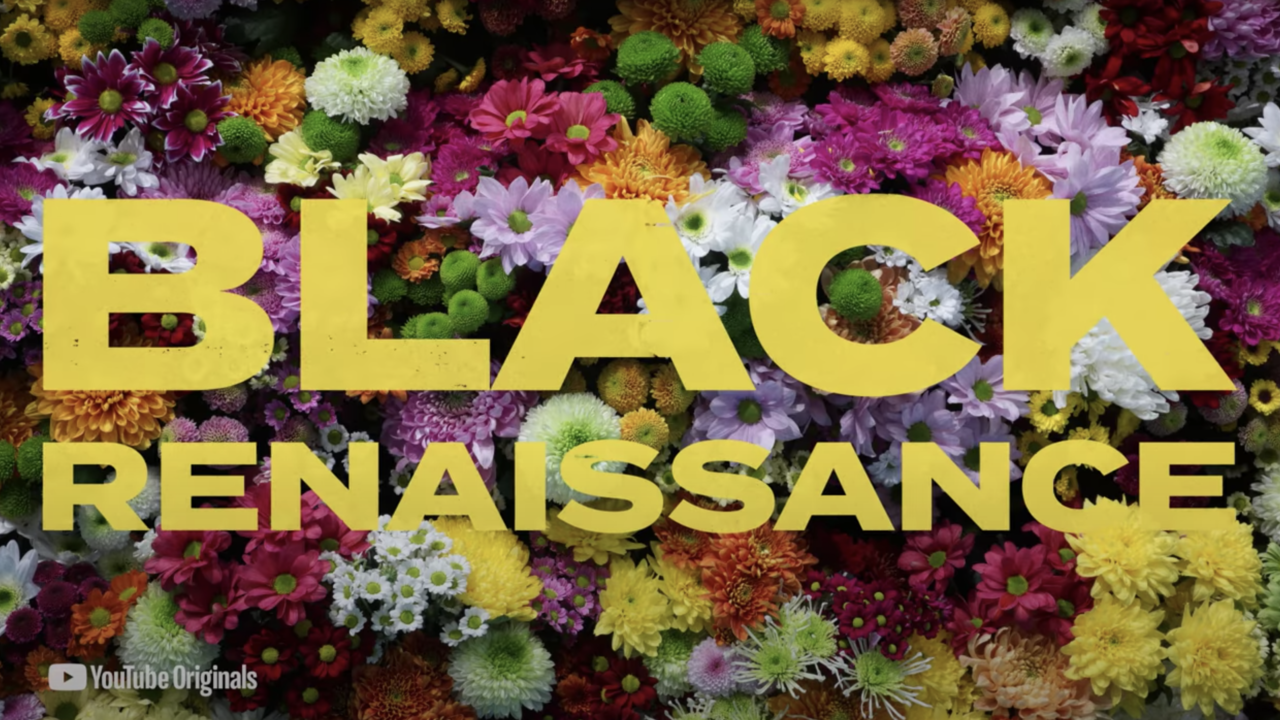 A Look Back at Black Renaissance - a Special Premiere on YouTube!

Black Renaissance is a YouTube Originals project dedicated to celebrating Black change-makers who laid the foundation for today. The full show is available now, only on YouTube.

Done+Dusted's Hamish Hamilton sat down with CNN's Glen Levy to talk about past star-studded Super Bowl Halftime Shows and what The Weeknd had planned for a unique performance in 2021.

May 2021 be filled with joy, laughter, warmth and positivity.

The masterminds behind Yearly Departed reveal the production tricks that made it possible to pull off an epic, star-studded comedy special in the midst of a pandemic.

Looking for more laughs from your favorite female comedians? Watch some BTS and see how the crew pulled it off.

Don’t Miss It! Play On: Celebrating the Power of Music to Make Change Airs Tonight on CBS

The concert airs tonight, Tuesday Dec 15, at 8/7c on CBS and CBS All Access.

The queen of Christmas has done it again!

Tis The Season! The Disney Holiday Singalong was rockin' around the Christmas tree on Monday night with sky high ratings. Watch now on ABC.

Idris Elba To Interview Paul McCartney on BBC One This December

Elba will interview McCartney about his career as one of the most successful musicians and composers in pop music history in a 60-minute BBC One Holiday Special.

AppleTV+ reveals the premiere date, special guests and musical appearances for the Queen of Christmas' spectacular.

Reviews Are In! 2020 Emmys Success

The Emmys brought intimacy, comfort and delight during a very strange time