The third edition of Disney's singalongs is here and did not disappoint with holiday cheer during a year where we could all use a little more magic. Ryan Seacrest hosted and was joined by some of of the biggest stars around the world including BTS, Andrea Bocelli, Michael Bublé, Katy Perry, P!NK, Ciara, Chloe x Halle, Derek Hough and Hayley Erbert, Julianne Hough, Adam Lambert, DCappella, Leslie Odom Jr., and Kerry Washington singing our favorite holiday tunes. Disney on Broadway also returned to the New Amsterdam Theatre in New York City for the first time since March, with a sensational performance by the members from the Broadway casts of "The Lion King" and "Aladdin," and North American Touring companies of "Frozen."

The Disney Holiday Singalong also raised awareness for Disney's Feed the Love campaign, givingn back to kids and families in need this holiday season. 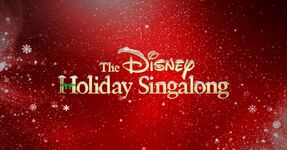 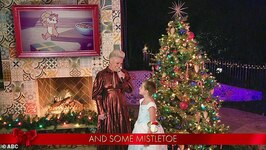 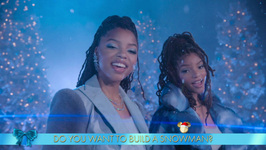