Some of the biggest stars in music graced the stage of the 2015 iHeartRadio Music Awards. It's the second annual event for the iHeart and performers at the show included Iggy Azalea, Jennifer Hudson, Nick Jonas, Madonna, and several others. In addition, Justin Timberlake picked up the Innovator Award. 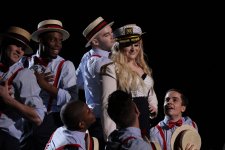 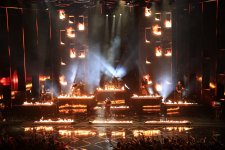