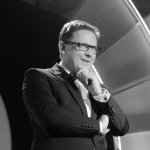 Simon Pizey is a founding partner and the CEO of Done+Dusted, he manages a global and diverse slate of projects and is the mastermind behind the company’s exponential growth over the last 20 years.

His leadership, ambition, guts and grit are the driving force behind the company’s unparralled reputation for delivering excellence every time.

Before launching D+D Simon held influential roles at both the BBC and MTV and is a veteran Executive Producer himself, having been involved in some the world’s most impactful televised event moments.

He has a wealth of experience in delivering high end, large scale productions.

His personal highlights include The UAE 40th National Day Celebration, The London 2012 Opening & Closing Ceremonies, 10 years of The Laureus World Sports Awards Ceremony and in 2016 he worked very closely with both Beyonce and the members of U2 in capturing their most prolific concert films ever.